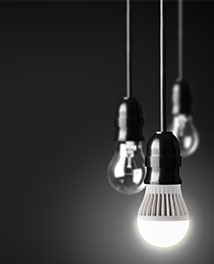 Most people don’t give much thought to their home’s electrical system. But every time you flip a switch, toast a bagel, or watch your favorite TV show, you are putting that system to use. As long as the wiring is sound, everything should function smoothly. But if the wiring is damaged in some way, you could be running the risk of a major house fire. If you don’t want to be that person who set the house ablaze just because you had the munchies, you should probably take steps to ensure that your home is free from some of the most common electrical problems.

According to the Electrical Safety Foundation International, home electrical fires “account for an estimated 51,000 fires each year, nearly 500 deaths, more than 1,400 injuries, and $1.3 billion in property damage” (Home Electrical Fires). The majority of these destructive fires originate will electric malfunctions that can be easily prevented. Signs of electrical problems are usually not difficult to spot unless they originate with behind-wall systems.

In either case, there are a few common home electrical problems that homeowners should check for and be aware of. As your local Santa Barbara handyman, Arc Handyman has the tips you need to spot these potential problems before they ignite into some serious issues.

Light fixtures tend to draw only small amounts of power. If the lights are flickering or dimming, the problem rarely originates from the fixtures themselves. It is far more likely that other major appliances or outlets are at the root of the problem. Say, for instance, that a washing machine and dryer are on the same circuit as your light fixtures; when they are in use you could see the lights flicker or dim because the other big appliances are drawing on the energy in the system. Of course, flickering lights could also mean that there is a wiring problem with your lamps or with the light bulbs being used. Be sure to cover all your bases. 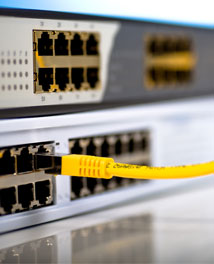 Outlets, switches, and switch plates shouldn’t ever be giving off heat. Even if the appliance plugged into it is designed to produce heat, the outlet itself shouldn’t ever be hot. It’s not unusual for plates to be slightly warm to the touch, but if it becomes too hot you should unplug whatever appliance is in use there and find a different outlet. If an outlet is hot without having any appliances plugged into it, it is likely that there is a wiring issue causing the heat. You should consult with an electrician for ways to best solve the issue.

These are only a few examples of some of the signs of electrical issues. If any of these occur in your home, Arc Handman may be able to help. Call us today to learn more about our residential handyman services. Contact Arc Handyman
Comments are closed.
Email UsTo Schedule An Appointment
Call: 805-220-6069Do you have questions? Call us today
uxicached